I'm working a little backwards here, but today I wanted to write a little about what I read for lent. 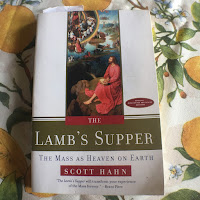 Our parish handed out copies of The Lamb's Supper by Scott Hahn during Christmas.  I've actually never read Scott Hahn before.  This selection was awesome and truly apropos for me, as I'd just finished reading the Book of Revelation using the Navarre Bible.  The book of Revelation and it's application to the mass is what drew Hahn to convert to Catholicism.  Having grown up an evangelical, Revelation was always a scary read for me.  Reading
Revelation in the light of the way we celebrate Catholic liturgy was eye opening, reassuring, and I'll never look at the Mass the same way again. 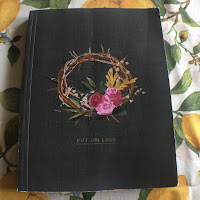 If you haven't heard of the Blessed is She community, you need to get on over to their website today.  During Advent I used their beautiful journal filled with scripture and reflections written by the always inspiring Elizabeth Foss.  I was so touched and encouraged during my advent journey, I purchased four copies of the Put on Love lenten journal; one for me and three to give to three of my dearest friends here in Utah.  Once again, this journal was filled with scripture and beautiful reflections prompting us to put on love in our everyday lives. Elizabeth Foss is such an amazing writer and her words spoke directly to my heart.  As a bonus, there was an excellent examination of conscience at the end of the journal that fit perfectly with the theme of putting on love.  Next year I plan to buy several more copies and will give one to each of my daughters. 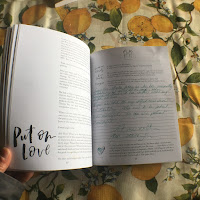 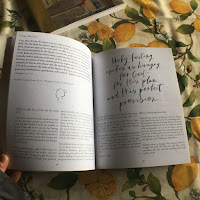 I read a new selection to my little guys for their lenten spiritual reading. A dear friend turned me on to Storyteller Productions and I chose Amon's Adventure: A Family Story for Easter.  The boys loved the book, especially since the main character was a boy and an inventor.  Set in Jerusalem during the days leading up to Jesus' triumphal entrance and subsequent crucifixion, the story follows Amon as he attempts to unravel the mystery of the stolen funds from the Temple treasury, hoping to prove his father innocent of the theft and saving him from crucifixion.  It was an exciting tale, perfect for the boys, and each chapter concluded with a scripture verse and reflection.  I had only one little quibble.  In a scene in the marketplace, the characters are given a taste of chocolate--which could not have really happened, as chocolate was not discovered until the 16th century. It still bugs me.  There are several books in the series, and I plan on choosing one to read aloud this coming advent. 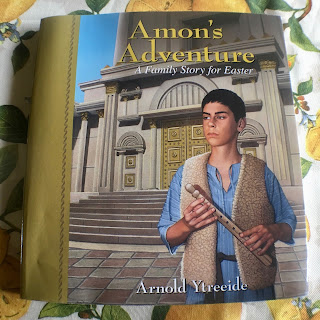 Lent this year felt especially fruitful.  Here's to praying those fruits continue to produce throughout the rest of the year.