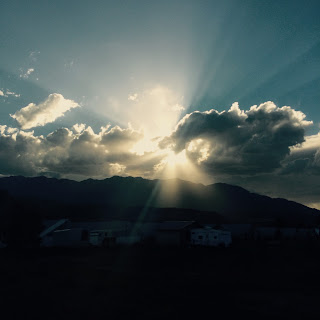 Don't you just love when the sun shines in rays through the clouds?  Makes me think of heaven, every time I see it. 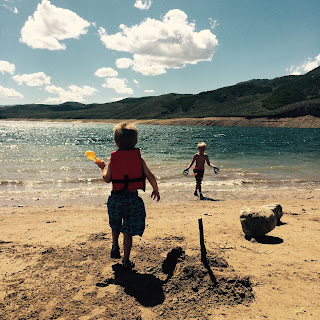 Most of the day it is still summer here in Utah (we've had a couple frosty mornings but the temps are still getting into the upper 80s and low 90s).  We took the kids to the local reservoir one afternoon.  The boys played happily on the beach for a couple hours. 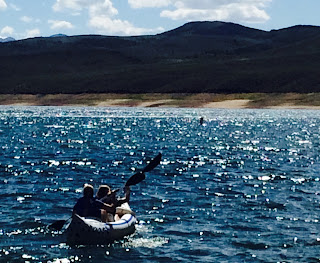 And Angela and her buddy got to try out her new kayak. 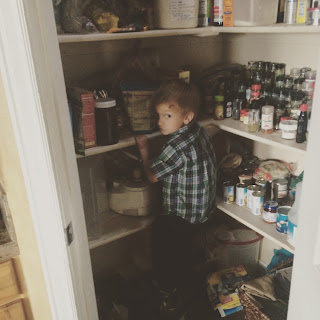 Caught the preschooler climbing the pantry shelves looking for "sumfin" to eat.  Thankfully, I don't keep anything really worthwhile for foraging in there.  He'll soon realize this and stop climbing, right? 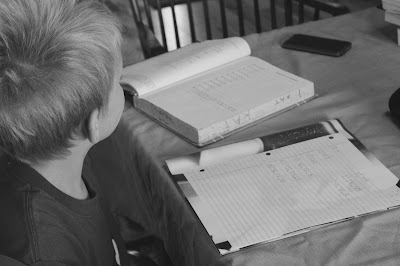 We have officially begun our school year.  Ben is working on becoming more independent and is writing out his own math work this year. 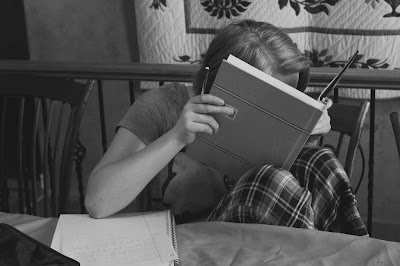 Yes, Katerina is in her pjs.  That's how she rolls.  She was also not super thrilled I was snapping photos this morning to document our new year. 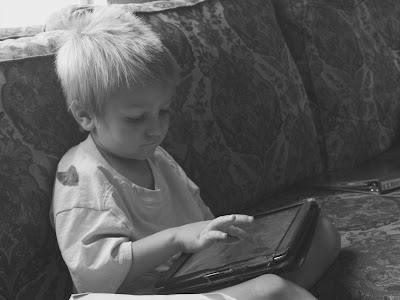 Old habits die hard.  I had hoped Leo would have forgotten how I would let him play on the iPad during the hour or so I work with Ben in the morning.  I think he must be part elephant, because it was the first thing he asked about after we said our opening prayers.  At least he adhere's to the "only educational games on the iPad" rule.  I'm hoping to wean him off the electronics and move him into doing something much more kinetic during our school time.

My high school  student escaped the camera.  She was up at 7 am and finished by the time I made it to the table for math with Ben.  She won't be able to hide forever.