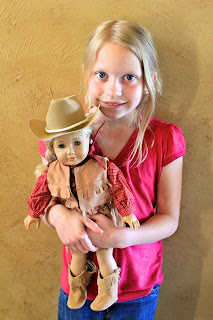 Special K's party had a cowgirl theme. Gammy played along and made this awesome cowgirl outfit for one of Special K's dolls. 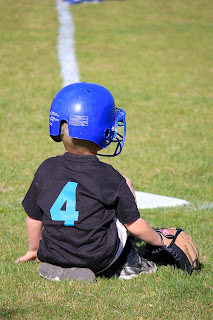 Lil' Wingnut is finally playing on a baseball team.  He was ecstatic to play catcher, the only position allowed to sit down during the game. LOL! 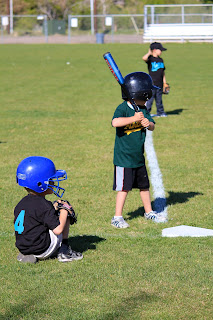 He actually did a commendable job stopping missed pitches and throwing the ball back to the coach.  He had much more action than did the infield players. 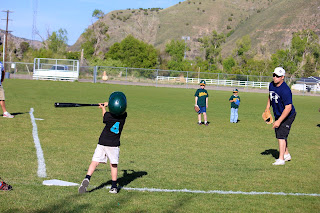 He also hit both times at bat the very first pitch tossed to him.  This was a double. 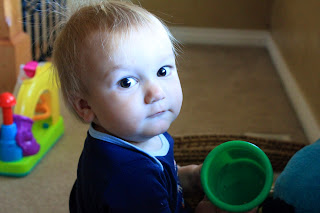 I caught Lil' Lamb entertaining himself sitting in his basket of toys. 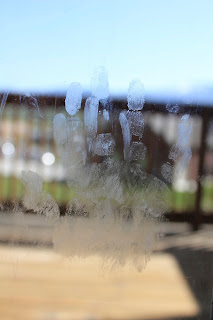 I've been staring at this very distinctly greasy handprint on my glass door for the last several weeks. Funny how it just doesn't mysteriously clean itself off the glass. Sigh.

Stephanie said…
I LOVED all of your pictures! The one of the hand print is the best. I feel like cleaning glass while littles are around is like shoveling a sidewalk while its still snowing. You have a beautiful family, everyone looks so happy :)
May 15, 2012 at 4:52 PM